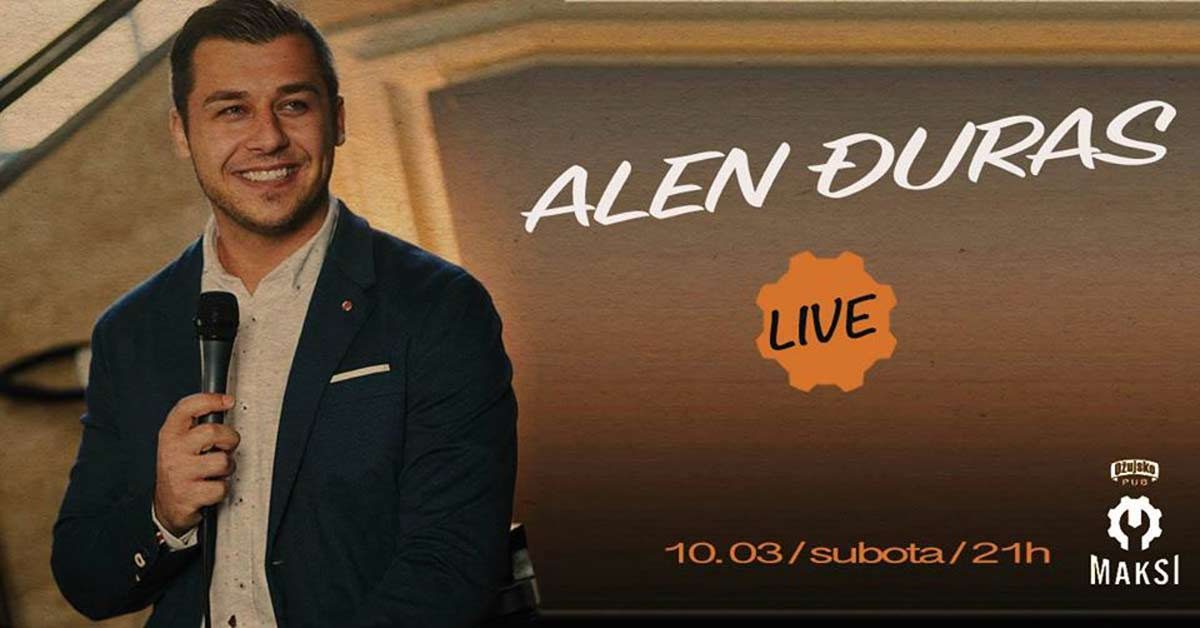 This year's first concert in Maksi pub will be opened by one of the best new vocalists on the domestic scene and finalist of the second season of the show "The Voice".

This Trogir nightingale (with an address in Zagreb) was also hired by the HRT as one of the vocalists in the ‘A side’ music program and at the same participated as one of the accompanying vocalists for the Croatian representative at the Eurovision song contest 2017 in Kiev - Jacques Houdek.

This Saturday at 9 p.m. check out why Alen is predicted to have an international music career!

Music to my ears, Žuja for my throat.